I was producer of the project. I also worked on the Sound Design, and helped the Game Design team. It was a very intense management experience, because the whole team was in a small room for two weeks, making the game. I learned a lot about managing a mid-sized team during very short sprints.

The Spookynizers is a Twin stick Shooter with a top down view, designed to be a party game and playable by 3 players on a computer.

In The Spookynizers, the players have to prevent nightmare creatures to invade a house, by communicating and cooperating. Each player is a child fighting with his multi-function laser-gun. It can be used to attack monsters, repair barricades and heal teammates. The players are able to cross the streams and accumulate the power of their lasers to activate the Synergy, which increase the effects of the lasers. 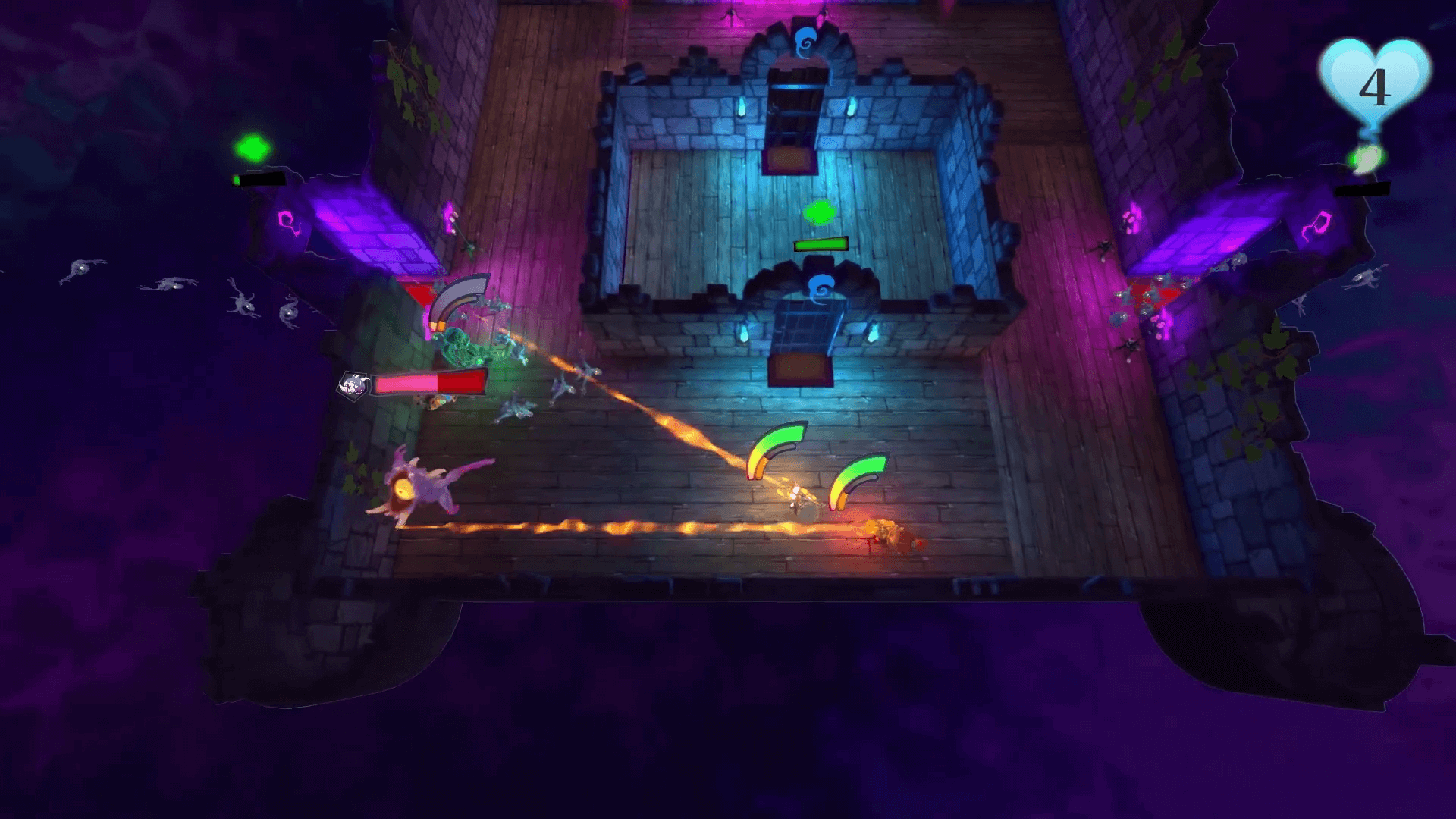